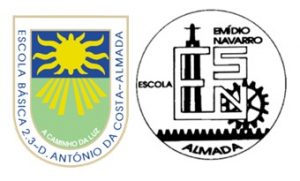 The educational community Grouping break down as follows by the various schools:

The seven schools that comprise the GSEN have a location close to each other in the central city area. Serve in this way , a typically urban population living in Almada or that residing in other parishes of the county , in the city have their place of work or even family members who give the necessary logistical support to students where parents work Lisbon.

The school are involve in several projects Ka2, but is also Ka1 courses providers europe.almadaforma.net

Creative YouthLand is a non-profit organization for Youth, Arts and Culture aiming to provide young people with learning experiences based on art forms (drama & theater, dance, music) and creative approaches. It was founded in September 2014, it is located in Egio, Greece and it acts universally!
Our aim is to provide young people with non- formal learning through artistic and creative methods, which will enable them to positively transform the society, provide them with a deep understanding of the European and International environment and give them the opportunity to create and innovate. We want to assist young people and youngsters with fewer opportunities to discover their creativity their imagination and feel motivated to move forward in their lives. We want to create an experimentation place where young people will discover and create their own challenges, take risks, collaborate, generate ideas and put them into practice, play and express their uniqueness. Through a unique and playful learning experience based on theater, drama, music, dance, and other creative activities young people gain new knowledge and develop skills and attitudes enhancing their personal and professional development.

Our main services include:

Danmar Computers is a private company operating in the field of Information Technology and providing vocational training in this field. Danmar has an extensive experience in developing modern Web and mobile applications that are used for educational purposes. Danmar also has long-term experience of carrying out European projects within which company’s R&D staff conducts research and prepares trainings tailored to the needs of various learners. During 15 years, Danmar has successfully implemented over 50 projects within Grundtvig, Leonardo da Vinci, Progress and recently Erasmus+.In many of these projects Danmar was responsible for designing and coordinating dissemination strategies. Danmar Computers is the developer and provider of AdminProject (adminproject.eu), the on-line system for management of European projects. All activities of the company are based on wide and well-established cooperation network, both on national and international levels. The national networks include training and counselling institutions, universities, schools, non-governmental organisations as well as private sector companies. International network include partners of various profiles coming from every European Union’s country. Danmar Computer’s mission is the promotion of life-long education and assurance of equal access to education for everyone with the use of modern technology.

Madan Parque is a science and technology park established in 1995 and active since early 2000, whose mission is to play an interface role between academia and businesses. The core activities consist of the promotion of NTBFs and its acceleration, as well as the development of knowledge intensive projects within the region.

Madan Parque runs as well a technology-based incubator whose role is of an accelerator for its tenant companies, namely in what concerns the internationalisation of the later. These activities take advantage of the physical proximity to FCT NOVA (Faculty of Sciences and Technology | NOVA University of Lisbon) which is Madan Parque’s most important shareholder.

Most recent survey has revealed several interesting KPIs, that is: the overall population is composed by 52 NTBFs. 70% of these companies belong to the ICT cluster. 59% of the accumulated workforce is 31-35 years old and 43% graduated from FCT NOVA. The workforce is very much qualified (45% graduates and 47% post-graduates). 37% of the CEOs are female, thus turning Madan’s incubator as an example of gender equality and the promotion of female entrepreneurship.

Local innovation ecosystem comprises several actors and particularly UNINOVA, which is a research organisation with an extended expertise on Electronics & Telecommunications, ICTs & Management Systems, Robotics and Manufacturing. It is strongly affiliated to FCT NOVA and also a shareholder of Madan Parque.

The shareholders group comprises also 2 city councils, that is Almada (founder) and Seixal (enrolled at a later stage). These municipalities have set-up local incubators whose management is supported too by Madan Parque. There is a common framework, quite instrumental for complying with the objectives and priorities outlined within the current RIS3.

EUDA European Development Agency is an EU-wide network of experts in regional development, innovation, education and evaluation based in Prague, Czech Republic.

EUDA was founded in 2008 in Prague, Czech Republic and its team brought over €40 million from EU funds to its clients. ERA has project partners in all EU countries and in many non-member states around Europe. With such a network, it became a reliable partner for both developers and participants in international co-operation projects.

Our mission is to provide state of the art international expertise for public, private, non-profit and academic sectors. We achieve this mission through international transfer of know-how, networking of key stakeholders and through development and implementation of projects on regional, national and transnational level.

Fields of our expertise include:

It’s an educational institution of the city of Perugia, among the largest of Umbria, with 1,150 students, 106 teachers and employees of the secretarial staff from:

The Institute’s school population is made up, in large part, from students residing in the targeted areas of each school, although they count numerous attendance of pupils living outside the area, whose parents in employment in the city or choose to attend them, schools that make up the institution; in every class it detects a balanced presence of students “not Italian citizens” (cni), often second generation.

Over the past 15 years, it has become a center of expertise recognized at the regional level for the pedagogical research, innovation experimental teaching, becoming a reference point for the dissemination of ministerial directions in the field of methodological research.

Projects that characterize the institution’s vision focused on research and innovation aimed to raising the quality of teaching and pupils’ skills of young people, according to an approach based on the theories of Burner and Dewej, the leading exponents of the active pedagogy, self-construction of knowledge, inclusion in the learning process. Since this year is part of the UNESCO network in schools with testing of UDA on global learning.Currently the institution is committed to the testing of educational courses for raising e-skills, in line with the National Plan for Digital School.

The projects are inserted in the site: istitutocomprensivoperugia4.it/wikiprogetti/index.php?title=Pagina_principale 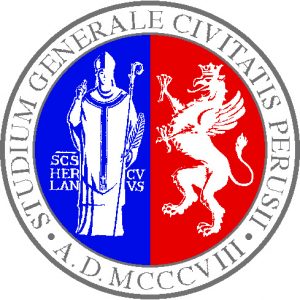 University of Perugia is a public-owned university based in Perugia, Italy. It was founded in 1308, as attested by the Bull issued by Pope Clement V certifying the birth of the Studium Generale.

The official seal of the university portraits Saint Herculan, one of the saint patrons, and the rampant crowned griffin, which is the city symbol: they represent the ecclesiastical and civil powers, respectively, which gave rise to the university in the Middle Ages.

With the unification of Italy in 1860 the University of Perugia was established under the jurisdiction of the Rector and the Town Council, who issued statutes subject to approval by the Government.

From 1944 to the present, the University of Perugia has achieved an outstanding reputation as one of the leading Universities in Italy.

The Mechanical and thermal measurement group of the Faculty of engineering of Perugia University – Italy is active inside the Industrial Engineering Department.

In this research group teachers, research assistants and PhD students works in order to develop and apply new measurement techniques with the best compromise of reliability, cost, efficiency, at acceptable level of uncertainty.

The research group operate in a laboratory using the most recent measurement techniques, sensors, data acquisition and processing systems for experimental mechanics studies.

A new laboratory for Dynamic Mechanical Aanalysis (DMA) of materials is located at Istituto Tecnico Orfini in Foligno (Perugia).

The research group works in cooperation with many industries, research center and other university.

TUCEP – Tiber Umbria Comett Education Programme is a not for profit association between Universities and Enterprises created in 1992 in the framework of a European project.

TUCEP mission is analyzing training needs and translate them in effective solutions and to plan solutions both for entrepreneurial and academic world, and for youth and workers.

The efficiency of the methods used in its working and quality management system have been awarded, in 2002, by a quality certification under the standard UNI EN ISO 9001:2008, issued by CERTIQUALITY. Since 2003 TUCEP is an accredited body by the Umbria Region to provide higher, lifelong training activities.

This website uses cookies to improve your experience while you navigate through the website. Out of these, the cookies that are categorized as necessary are stored on your browser as they are essential for the working of basic functionalities of the website. We also use third-party cookies that help us analyze and understand how you use this website. These cookies will be stored in your browser only with your consent. You also have the option to opt-out of these cookies. But opting out of some of these cookies may affect your browsing experience.
Necessary Always Enabled

Any cookies that may not be particularly necessary for the website to function and is used specifically to collect user personal data via analytics, ads, other embedded contents are termed as non-necessary cookies. It is mandatory to procure user consent prior to running these cookies on your website.